If you are looking for a premium quality electric scooter which you could ride in style in public, you will never go wrong with the Xiaomi Mi Electric Scooter—or more specifically, the Xiaomi Mijia M365.

Xiaomi is a brand that has been likened to Apple—the giant US tech company co-founded by Steve Jobs—despite their difference. The latter is a business model aimed at profitability through brutal pricing, the other is less centered about revenue and is instead more focused towards building quality products for consumers to enjoy.

And that, at its core, is where the actual similarity comes from between Xiaomi and Apple—it’s the quality feel of their wares. While the prices for their products may vary starkly by a wide margin, they both offer cutting-edge, premium-quality merchandise.

But Xiaomi is no copycat. Although some of its practices may indeed seem like an imitation of Apple’s way of doing, this giant Chinese tech company is also capable of so much more. Such as what it did when it ventured to a space which Apple would not—an entry into the world of comfortable transport by building its own rendition of the modern electric scooter.

To be more specific, Xiaomi has now an electric scooter—in the figure of the Mijia M365—already available in the market, since 2016. This is all the while Apple is stuck in the software space, developing its app to be used by some generic or off-brand electronic scooter manufacturers.

But is Xiaomi’s foray into electric scooters worth the attention or is it just a well-sustained hype which permeates to this day still?

Xiaomi truly lives up to its reputation of being the “Apple of the East” with the Mijia M365 electric scooter. A device built to last. Build using the same materials used to make aircrafts—an industrial-grade aluminum.

Although an aluminum alloy is technically less durable than steel, the use of this material suggests lighter weight and better resistance against corrosion, which are two important factors to consider as far as convenience and longevity of the product are concerned.

But consistency is only a part of what makes a “premium quality” product truly “high-grade”. In another aspect of the product’s build is its overall physical layout. It is in this facet of product development, too, that Xiaomi lives up to its name—the Mijia M365 looks sophisticated, modern, as well as refined.

About most of the Mijia M365 is sleek-looking and elegant overall, but it is not perfect. It does come with its own imperfections, as well.

Personally, I have qualms about the Xiaomi electric scooter’s design with the important electrical writing, which comes dangling from the steering column and the headtube.

For something that is essentially what gives the device its needed juice to operate electronically, leaving this critical component exposed is a major concern for potential damage.

Another major concern about the M365 is its wheels. It’s made from rubber, susceptible in getting punctured and thereby inoperable.

If it happens, it could render you just carrying your electric scooter with you while walking back to your car or, worse, all the way back to home.

Some owners of Mijia M365 had the same problem which resulted in replacing the wheels with something made of plastic, as is common to other electric scooters. Doing this, according to them, provides positive results.

But then again, why would you even use the Mijia 365 is a rough terrain when its design is targeted towards smooth surface, like the ones on the side road or at the park? Unless you are not aware, it is still illegal in most countries to ride an electric scooter on major roads due to safety concern for its users.

The performance of M365 is good that can last up to 30 kilometers after a full charge of 5 hours.

While 30 kilometers may not be enough for some, Xiaomi urges users to have their devices charged after every use to in order to compensate the energy used and thereby truly enjoy a longer travel experience with it.

But the thing about electric scooters in general, is that their usage is not entirely dependent on electricity. Sure, it is indeed a perk being able to wing your way through places with just a downward push of a finger to the acceleration knob.

Even if your device indeed ran out of battery in the midst of a trip, you could still use it in a more traditional means, such as by using your leg to make a thrust.

Using a “deadbatt” Mijia M365 is not really a hassle. To the contrary, it is actually amusing as you get a good boost with just minimal effort using the leg.

The Mijia M365 has a good feedback for those finicky users. Xiaomi made the device compatible with the Mi Home which gives users an insight to every bit of details.

Xiaomi Mi Electric Scooter may seem like an expensive product, especially for a company which is touted for not seeking after too much profit, but quality. While indeed not considered cheap, you get just the right value for what you paid for with a Mijia M365. At least, it’s well worth the money to spend. 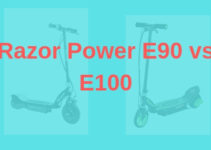 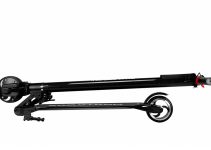 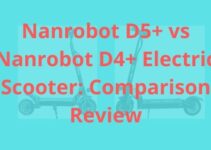 My name is Andro the guy behind justmyscooter.com. A father of two, an engineer by profession but a passionate blogger and writer. I love to play table tennis, draw cartoon characters, and traveling on different province and cities.

Cancel reply
We use cookies to ensure that we give you the best experience on our website. If you continue to use this site we will assume that you are happy with it.AcceptNo
Revoke cookies